NEW YORK, Nov. 21, 2019 /PRNewswire/-- Diageo North America unveils its new #JOINTHEPACT social mediacampaign in an effort to prevent drunk driving during the holiday season and support the company's global ambition to collect 50 million pledges to never drive impaired. Leveraging hard-hitting statistics about the effects of drunk driving, underpinned by the value of "freedom" as a powerful message, the campaign encourages consumers to exercise their own right to make important life-saving choices, including a pledge to never drive impaired.

"The notion of freedom is a privilege, and the need for positive thinking and action is essential. With these insights packed into a highly visual, emotive and easy to engage with campaign, centering on the greatest freedom of them all – our right to stay alive - we are confident consumers will connect to this message, and pledge to Join The Pact to never drive impaired," said Caroline Rhodes, VP, Corporate Relations, Diageo North America. "Although drunk driving is at an historic low in the United States, the reality is that one in three drunk driving fatalities happen during the holidays, and we believe that a single accident caused by drunk driving is one too many and can be prevented."

In a series of real-life scenarios with people exercising their freedom to live their lives the way they want - whether it's at a special celebration or throughout daily activities - the narrative thread shows them raising their hands in different ways as a symbol of that freedom. As each story unfolds and raises awareness about the effects of drunk driving with statistics, the campaign invites consumers to also exercise their freedom to make life-saving choices, such as planning different transportation options or to simply walk, instead of deciding to drive.

The campaign will be activated across social media (Instagram and Twitter) with three unique videos, of varying lengths, targeting young adults of legal drinking age.

In 2008 Diageo launched its flagship program #JOINTHEPACTas part of its efforts to prevent drunk driving around the world. Since then, and supported by a wide range of the company's brands, the initiative has been activated in over 40 countries across five continents. While more than 20 million adults around the world have already committed to never drive impaired, there is still more to be done.

Diageo has a long-standing commitment to promote positive drinking through moderation and tackling alcohol misuse. In that context, the company has a record of implementing multi-agency drunk driving programmes that address education and enforcement all over the world. It has partnered with governments, traffic police, media, civil society, educational institutions and celebrities to educate consumers on the dangers of driving impaired. The company has also funded safe rides, designated drivers and free transportation to provide consumers with safe alternatives. Finally, it supports the enforcement of highly visible drunk driving laws where they exist and the establishment of effective laws where they do not.

About Diageo
Diageo is a global leader in beverage alcohol with an outstanding collection of brands including Johnnie Walker, Crown Royal, Bulleit and Buchanan's whiskies, Smirnoff, Cîroc and Ketel One vodkas, Captain Morgan, Baileys, Don Julio, Tanqueray and Guinness.

Diageo is listed on both the New York Stock Exchange (NYSE: DEO) and the London Stock Exchange (LSE: DGE) and our products are sold in more than 180 countries around the world. For more information about Diageo, our people, our brands, and performance, visit us at www.diageo.com. Visit Diageo's global responsible drinking resource, www.DRINKiQ.com, for information, initiatives, and ways to share best practice. Follow us on Twitter for news and information about Diageo North America: @Diageo NA. 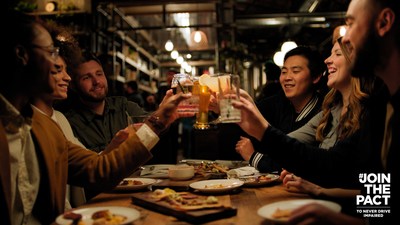 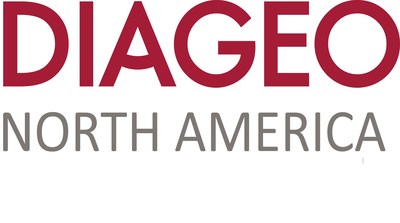